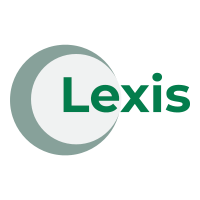 Evidence Movement in the European Union

Apply to the professionals to create attractive projects

Learn more about our resources and services
Here

“Evidence Gathering in Mutual Legal Assistance in Criminal Matters: Current Situation and Future Developments in the EU” is the general concept of the proposed project. International cooperation and judicial assistance in criminal matters for evidence movement and their evaluation in the EU Member States and within the European Neighborhood Policy (ENP) are the cornerstones of the proposed research.

In 2002 Armenia has ratified the Convention of 1959 and its first protocol of 1978. Second additional protocol of the Convention has been signed by Armenia in 2009, but it has not yet ratified. These international documents are the general legal acts (except of the second protocol of the Convention of 1959) regulating judicial cooperation and partnership in criminal proceedings between the EU Member States and Armenia. The research will also focus on these acts to observe the current relationship and its future developments between Armenia and the EU Member Stated in transnational criminal policy of evidence exchange.

The research will analyze the main contents of the Conventions of 1959 and 2000 (with their protocols) and the proposal of FD on the EEW of 2008. Special attention will be paid on their material scopes, correlation and methods of execution. The principles of mutual legal assistance and their significance in gathering of various types of evidence, the procedures of cooperation in evidence exchange, the instruments of their implementation into national law, international regulations and national implementation concepts of the EEW will be discussed.

The questions of admissibility of evidence will be one of the basic issues of the research. In this matter three problems will be taken into consideration: the admissibility of various types evidence in different legal systems (adversarial and inquisitorial) in the framework of judicial cooperation in evidence gathering and their evaluation within the EU, Member States and the EU Partner Countries (i.e. taking into account of the diversity of national rules on evidence); harmonization in forensic expertise and evaluating standards of scientific evidence; the correlation between the effectiveness of international cooperation in combating against crimes in the framework of evidence gathering and human rights protection.

The issues of proposed research have been under discussion for years now on political and academic levels, and there are a lot of actual problems nowadays as well. Continuous amendments in the international documents in the field, increasing the number of the countries joint to the laws on international cooperation against criminality, adoption of new international acts on evidence gathering and ongoing implementation processes of national law of the EU Member States and Partner Countries demand regular review and rearranging the regulations in transnational criminal policy. In this sense the research is of great importance, as it applies to the assessment of the current situation of the EU criminal policy in evidence-gathering and its future possible developments.

Aims and methods of the research

Taking into consideration the EU Member States’ obligation to take the necessary measures, by January 2011, to comply with the provisions of the Framework Decision on the EEW of 2008 (Article 23 para.1 of the FD), the research is intended to bring to light the insufficient regulations in evidence gathering, their evaluation in the EU and Member States to offer progressive improvements of the effectiveness of criminal policy of evidence gathering, to strengthen the procedures of cooperation in combating against crimes and human rights protection (including also in the EU Partner Countries, particularly in Armenia).

Besides, Commission shall, by 19 January 2012, submit a report to the European Parliament and to the Council assessing the extent to which the Member States have taken the necessary measures in order to comply with the Framework Decision accompanied by legislative proposals, if necessary (Article 23 para. 5 the FD on EEW). No later than 19 January 2014, the Commission shall establish a report on the basis of the information received by Member States accompanied by initiatives it may deem appropriate. On the basis of the report the Council shall review the Framework Decision with a view to considering whether some provisions should be repealed or modified (Article 24 para. 3 of the FD on EEW).

Thus, the regulations mentioned above require to be under wide academic discussion in the near future to offer progressive reforms and to modernize the criminal justice system in the EU. On this point of view the results of the research can be used in legislative activity by the EU, Member States and Partner Countries.

The research will be fulfilled by the application of a range of scientific methods such as analytical, comparative (synchronic and diachronic), historical, structural-systematic and statistic methods.

By the application of analytical method the content and scope of the EU legal acts and other related documents will be discussed. This method will be used to analyze the characteristics and peculiarities of mutual legal assistance system, explain the role and importance of applicable international and national legal acts in the field.

Structural-systematic method will be applied to describe the regulative documents in the field as a system and the legal acts of EU law regulating the relations in criminal cooperation will be discussed as components of the structure. On this point of view the relations between the system and its components will be discussed by the application of structural-systematic method.

Statistic method will be applied to analyze the amount of the cases when the need of transferring the evidence in the framework of mutual assistance has arisen between the EU Member States and ENP countries. The results of application of statistical method will be used to assess the effectiveness of applicable regulations.

The current state and schedule of the research

The research period is 12 months.

The second part will include a detailed discussion on the Council of Europe 1959 Convention of Mutual Legal Assistance in Criminal Matters, its protocols, the European Convention of 2000 with its protocol of 2001 and Council Framework Decision on the European Evidence Warrant of 2008.  In this part the issues on evidence gathering will be discussed in the view of effectiveness of human rights protection and transnational criminal policy. Possible future developments in the EU will be the last issue of discussion of this part of the research.

The third part will be devoted to the correlation between the ENP and evidence gathering in the framework of criminal matters. Here the EU partnership and cooperation agreements, measures and instruments, programmes and possible future developments in the research sphere will be discussed.

EU ENP and EU-Armenia Partnership and Cooperation are the topics of current research as well that will be developed during the research period in the frames of the Fellowship Programme.

The interdisciplinary dimension of the research

Criminal law and criminal procedure in the EU Member States and the EU Partner Countries will be discussed in the light of mutual legal assistance in the EU. On this point of view the corelation between national and international law and impact of EU law on national law will also be discussed taking into account the general provisions of international legal documents on human rights.

In the frames of the research evidence law and disciplinary provisions of forensic science will be discussed in the aspects of obtaining and evaluation of various types of evidence, as well as in the view of admissibility of evidence in different legal systems. In the same context the evidential role of expert testimony and forensic evidence will be researched to evaluate their significance in cooperation against criminality in the EU.

The goal of the Advocate’s Electronic Office development program is to introduce and effectively implement the possibilities of information technology in the field of advocacy. It is planned to develop an electronic system, which will allow to ensure effective document circulation in Law offices.

The project is addressed to conduct scientific research and study the state policy of ensuring the right to legal aid at the expense of state funds in criminal proceedings as a component of a fair trial and guarantee of access to justice. 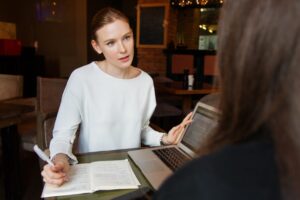 The project aims at supporting the ongoing judicial reforms within the legal and governmental strategy. The Project will focus on strengthening the capacities of the Chamber of Advocates.

Promotion of the Development of Armenian Law

The purpose of the project is to promote the development of law in the Republic of Armenia.

The project is addressed to the establishment of a tire recycling production, where tires, rubber and other rubber waste will be recycled. Rubber tiles and sport floors will be produced from recycled waste. The project details will be submitted to the interested people upon request.